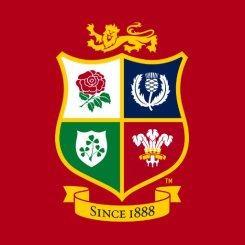 For those rugby fans among you – and virtually every New Zealander – the British and Irish Lions touched down in Auckland this afternoon.

They are here to play ten (daunting) games, including against all five NZ Super Rugby franchises and three All Black tests. I can hardly wait!

A Lions tour to NZ is special. It now only happens every twelve years….and the Lions have only ever won one series, way back in 1971. It’s going to be a tough gig.

I’ve recently been getting into the mood by listening to interviews with various Lions from past tours. Much of the material on offer understandably focuses on the last NZ tour, back in 2005 (when the Lions got well and truly thumped) and what went wrong….and how on earth can they win this time round.

One interview stood out to me – Matt Dawson with Sir Ian McGeechan1.

(I should explain, for those that don’t know, that ‘Geech’ is perhaps the most successful Lions Head Coach there has ever been).

Dawson was asking Geech about an incredibly tricky task – the process of selection (i.e. which players from the ‘squad of four nations’2 would get to play in a test). 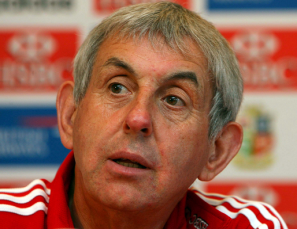 Sir Ian explained that he would sit down with his team of coaches (perhaps five people) and work through all the analysis and then discuss, often for hours deep into the night. He provided this wonderful insight:

“I’ve never voted in picking a test team, [I’ve] always talked it through until we get to what we want to see and are comfortable with.”

He doesn’t even mention that, as Head Coach, he had the power to force his views through (i.e. not even go to a vote)…because that’s not how he thinks.

I love the fact that (when he was the Head Coach) they never voted!

This fits really well with a few of my earlier posts:

Talk-back radio which has a dig at people using their opinions;

“What I think is…” which talks about moving from opinions to knowledge; and

If you’re reading the above and you are a ‘tough’, ‘command and control’, ‘conventional wisdom’ type of person, then:

Yes, it takes a great deal of effort to reach a consensus…but that’s the point – it requires you to actually invest in those around you, to listen to them, to test your own thinking, to draw out theirs, to connect, to understand, to appreciate, to grow…and to make monumentally better decisions, for the longer term, together, towards your shared purpose.

He also coached the ‘mid-week massive’ during the 2005 tour of New Zealand whilst Sir Clive Woodward was Head Coach. Woodward (in my view) is a very different man to Geech.  Sir Clive ‘decided’ things, and often wouldn’t budge in spite of the advice being offered to him….which didn’t turn out too well.

2. The Lions are made up of the very best players from each of England, Scotland, Wales and Ireland.

3. For long-term blog readers, you may recall from an earlier post that I would be torn as to which team I will be supporting. I have the good fortune to be going to the 3rd test in Auckland on 8th July with my oldest son, and with some great mates (thanks Jonesy!)

4. As a bonus for reading this far 🙂 , here’s another nice ‘Geech’ quote to ponder regarding selecting the right people: