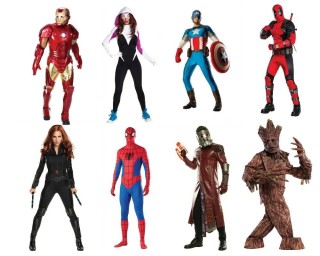 I published a post last week for the first time in ages.  In so doing, I stumbled across a graveyard of half-written posts (the kernel of an idea comes easily to me, making this relevant and coherent does not). I’ll see if I can finish a few more posts – here’s another. It starts with a quote:

By opinions I do not mean ideas, and I do not mean thought. An opinion is rarely born of thought. Instead it arrives fully formed in a head. Opinions are…almost always emotion in fancy dress. They can be inherited, or they can spring from fears or desires, but they are never right.

Yet look how ferociously, how indefatigably, people cling to their opinions in the face of a flood of evidence that those opinions are at best questionable, and more likely mere dump fodder.

Look at the intransigent folly of so much politics. Look at the nonsense that passes for political debate….if you want to take part in this contest you are required to join a team and in order to join a team you have to have a packaged set of opinions.

Where do these opinions come from? Are they arrived at by rational analysis? If so, and if reason is reason, how come they differ? But opinions are not reasonable.

We are emotional creatures in an irrational world. Anyone who holds opinions is wrong and dangerous…The only comfortable seat for a thinking human being is a fence.

Joe’s article (from which the quote is pulled) brings a broad smile to my face. I absolutely love the penultimate line. In the societies that I have known (the UK, and to a lesser extent NZ) the phrase ‘sitting on the fence’ is often (i.e. normally) used as an insult – and yet this has always irritated me. I often find myself sitting on the proverbial fence…because I feel that I don’t know enough to pass judgement.

I don’t see this as a bad thing.  Whenever I find myself in a ‘fencing-sitting’ scenario, it suggests that:

I see the ‘I’m fence-sitting’ circumstance as a useful realisation because, if I care about the issue in focus, then it should trigger me into putting some effort into ‘digging in’, to uncover facts, to appreciate perspectives, to see the bigger picture. In so doing, I am highly likely to move to a new (and more productive) place.

Merely having an opinion and sticking to it is likely to keep me anchored rigidly to the spot, as if stuck at the bottom of a deep lake in a pair of concrete boots.

“But you’d never get anywhere Steve! You’d be forever stuck, like a broken record.”

I would suggest the opposite.

‘Not having opinions’ doesn’t have to mean staying meekly silent. Rather, it implies entering and sustaining an open-minded dialogue. This would require skillfully setting out:

…and thus collaborating with others who can perhaps expand the group’s (never to be complete) jigsaw of knowledge.

Further, ‘not having opinions’ does not mean ‘not making decisions’. Rather, it means using facts to make decisions, and investing in the (hugely rewarding) effort of collecting facts before doing so.

If you feel that you don’t know, well go and find out some more!

We’d probably move away from ‘implementing ideologies’ (going fast to go slow) to ‘experimenting with hypotheses’ and making adjustments as we learn (going slow to go fast).

…but that’s just my opinion 😊.

On ‘going and find out more’

‘Finding out more’ doesn’t mean canvasing other people’s opinions or biasing your search for ‘evidence’ to that which supports your opinion. It means going to the ‘coal face’, observing reality (and the variation within), collecting the evidence for yourself and reflecting on what it is telling you.

A nice quote I heard the other day from a colleague:

“If you haven’t observed, you can’t talk”.

Now, that’s quite a bold and (perhaps blanket) statement, but there’s a rather important point within.

If we are not (yet) in a position to be able to observe (i.e. gain primary evidence) then I’d suggest that we should listen very carefully to those that have.

I recognise that this short post may be questioned by many, since opinions are (rightly or wrongly) a huge part of life.

I’ve written a number of earlier posts in this space and if you’d like to play with the idea further, here are a few to look at:

Take ‘Brexit’ as an example (the idea of Britain leaving the European Union).

Who’s got a strongly held opinion regarding Brexit? I’d suggest millions of people.

Who can (really) say that they fully understand what is being proposed and what will transpire? I’d suggest maybe a handful of ‘experts’…and even these will likely be wide of the mark.

…and with that thought, who will move onto the fence, to stop pushing their opinion and, instead, spend some real effort to further try to understand? Perhaps not so many.

‘Fence sitting’, at least while you are (meaningfully) learning, is a most excellent place to be.

Conversely, who’s dug into themselves, to think about the emotions that are answerable for driving their opinions? (Inherited from their parents? Created by their fears? Constructed from their cravings?…)

A reminder that Joe wrote that “Opinions are…almost always emotion in fancy dress”.

What costume(s) are you (and I) wearing? Why?

1. Joe Bennett is a most excellent writer of short, insightful, challenging (usually contrarian) articles that are published weekly in our local newspaper (‘The Press’) here in Christchurch New Zealand. https://www.joebennett.nz/ 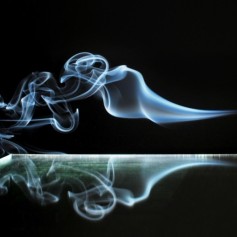 I drafted a post a few years ago, but never got round to ‘topping and tailing it’…and so it never got posted. However, I had a chance conversation with someone this week in which the content of the post became highly relevant. So, after searching around a bunch of digital ‘nooks and crannies’, I finally found it, dusted it down, and completed it:

Over the last few years I’ve run various education courses and coaching sessions to introduce people to the fundamentals of ‘Systems Thinking and Intervention’.

I deliberately ‘mess with their heads’ using questions, exercises and simulations that explore systems, value (in respect of purpose), measurement (of system performance), learning, motivation and leadership. It’s good fun but also serious and important stuff.

I sometimes1 experience somebody come up to me at the end of such a course, saying something like:

“Wow, that’s amazing…we need to do something about this NOW…but we can’t do anything without a clear plan of how other organisations have successfully implemented what you have told us about!”

A variation on this is:

“We accept your critique of how we are now, and the problems this causes…but that’s no good if you don’t tell us what to do instead! We need you (or others like you) to come in and sort this all out!”

Now, before I go any further, I should write that I understand the burning desire to do something! The reality is that many of the insights (aha moments) in the education course/ coaching can be quite tender for people – they are having ‘known truths’2 spelt out in black and white to them, they feel uncomfortable about this and they want to go back and change their working reality.

There is a treatment…but it ISN’T me (or others like me) coming in to implement a plan that copies what others have (supposedly successfully) done.

If you want to read some earlier posts that get into the ‘why not’ then:

Often, the person that raised the question doesn’t like hearing this. It makes them think that I’ve just (painfully) diagnosed the truth of their working world but that I am deliberately withholding the cure.

Let’s see if I can provide a rational explanation of the necessary treatment (there’s some irony in that sentence – see footnote 1 again):

First, you must be curious….and if you are not, well there’s not much that I (or anyone) can do for you – except perhaps provoke you!

“And if you can’t come, send nobody” (Deming, quoting William E. Conway)

Okay, so let’s say you show some interest…

… if you are curious I can find you a mirror

So, having helped you to stand directly in front of the mirror…

…I can never see for you!

I would (and should only) be acting as a catalyst3 i.e. assisting, but not being part of, the reaction. 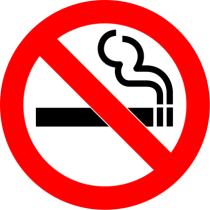 The opposite of mirrors would be smoke. And this is where conventional ‘change’ resides:

And, finally, at the end of it all, that champion imposter of ‘transformation’ jargon, the promised knowledge transfer!

…which usually means “we did it to you…and we’ll leave you with the ‘artefacts’ so that you can attempt to copy what we did after we’ve left the building.”

1. At first, I saw such a response as a failure on my part (i.e. as in not getting my message across). I don’t see it this way now – it doesn’t matter how good my rational explanations have been, I shouldn’t expect to have solved anything for people – they have to go and see it for themselves. All I can do in such sessions is create curiosity, and provide a language, concepts and frameworks which can assist what may happen next. Many will be curious. A few won’t.

Update: I (think that) I’m a lot clearer when attempting to educate people now.

2. ‘Known Truths’: Once uncovered, most people understand what is being put to them…and indeed, a number exclaim that they’ve thought like this for quite a while but have never had it articulated to them. In fact, for these people, it can be a release – like a valve on a pressure cooker.

3. Catalyst: My school boy chemistry reminds me that a catalyst is “A substance that increases the rate of a chemical reaction without itself undergoing any permanent chemical change” (Oxford Dictionary).

This isn’t strictly accurate because, since I am a human being, I (the interventionist) cannot help being changed by my (attempted) intervention. I hope you get the point though that ‘catalyst’ suggests that it’s ALL about you, and really NOT about me.