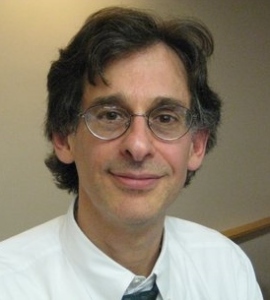 Okay, so Alfie Kohn is a giant to me…but he’s a bit different to the rest.

Kohn writes and speaks on human behaviour, education and parenting and, as such, his work with ‘business’ might be seen as a side line….but don’t let that bother you – there’s huge value in his contribution and this has been recognised by many of my other giants.

“We have been in prison from wrong teaching. By perceiving that cooperation is the answer, not competition, Alfie Kohn opens a new world of living. I am deeply indebted to him.” (W. Edwards Deming)

Kohn has written 14 books to date (translated into over a dozen languages), and loads of articles that appear in a wide range of highly regarded journals (incl. HBR) and media. He’s even appeared on Oprah twice though I suppose it depends on your worldview as to whether that impresses you or not 🙂

His two books that are most relevant to business are:

Both books present incredibly well researched and argued positions that are counter to much of a command-and-control management system. He has worked with a wide range of large organisations (from BMW to NASA).

His work on incentives (“treating employees like pets”) may be seen as the precursor to what many now read about, and hear, from the likes of Dan Pink. Indeed, Fortune magazine called Kohn “America’s most biting critic of money as motivator.”

Kohn also talks on ‘Quality as democracy: towards a participative workplace’:

“Many of the familiar principles of Quality management amount to an elaboration of this simple truth: An innovative, healthy organisation requires that we work with people rather than doing things to them. The latter strategy is exemplified by rewards systems, performance appraisal, and competition — all symptoms of top-down control.

By contrast, the logical conclusion of a ‘working with’ approach to management extends beyond teamwork or ’empowerment’. It requires the replacement of hierarchical systems with real participative democracy.”

If you are a manager and want to understand what rewards do to human behaviour (…and you should) then I recommend you read ‘Punished by Rewards’. It is packed full of science, not ideologies and opinions.