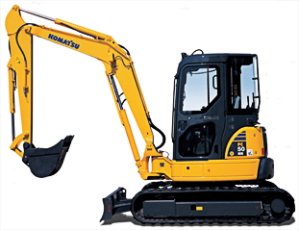 On Thursday 29th October 2014, a digger cut through a major gas pipe in the centre of Christchurch and a major evacuation ensued.

There was plenty of talk about this in the tea room at my work place the next day, about the major traffic jams and hassle it caused. The usual “I bet the digger driver gets it!” comment was made….and, possibly, he will. But, on reflection, do any of us think that the digger driver did it deliberately? I doubt it.

The Press article reporting the gas leak notes that the Fire Service representative said “a digger driver working in the area caused the widespread disruption”. Whilst maybe taken out of context, as the media delight in doing, it’s pretty emotive to single out the digger driver.

Much better, I would suggest, is that SCIRT (the infrastructure rebuild organisation) claimed responsibility, stated that they will be doing a full investigation and said “it is essential that we work out how this happened so it does not recur in future.” That’s a lot better, looking much wider than the person AND wanting to improve the process.

It is interesting to note that the reader’s comments section below the article is a mixture of blaming the digger driver, blaming SCIRT and conversely, trying to ‘cut them some slack’ by noting that the post-quake Christchurch environment is a somewhat tricky one to be operating within and it would be a miracle if no such defects occurred given the magnitude of the work being undertaken. I am often frustrated at how people jump to blame without being in possession of the facts.

Whilst this example of a defect causing pain for others is pretty major, we could (if we looked with our ‘blaming bad people’ radars turned on) find lots of examples at work in which you and I think badly of a person because of what we perceive they did, or did not do.

So, whenever you find yourself blaming a person, try to stand back and think about the environment that they are working within. If you think about it, you are very likely to find many reasons as to why they acted as they did…and the harder you look, the more likely you are to consider the process could be improved.

Finally, if you think the process should be improved but believe it won’t be…I would ask you to reflect on why this is the case…perhaps the constraint is within the design of the ‘management system’ in which the workers have to operate.

As the Toyota saying goes “Be hard on the process, but soft on the operators.” 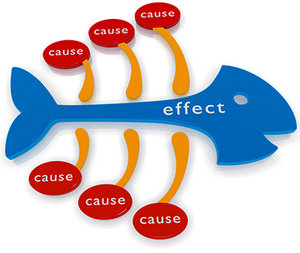 The CEO of the company I work for recently shared a tweet with us summing up an insight she gained at a recent engagement she attended, which read as follows:

“Nick Farr-Jones dinner guest at conference key message focus on process not the scoreboard and you will get result.”

I like this tweet – the words, whilst short, are incredibly important for anyone wanting to make improvements. I thought it useful to dig into this a bit.

Dr W. Edwards Deming was very clear on this point! He set out the practise of ‘Management by results’ (e.g. focusing on a scoreboard of outcomes) as one of the diseases of a ‘modern organisation’ and, instead, proposed that we should spend our time and focus on understanding and improving the processes that produce the results i.e. the results are the outcome of something, and you can look at the outcome till you are blue in the face…but this won’t make it change!

Professor John Seddon (think ‘Deming on steroids’ for Service organisations 🙂 ) takes this message on further. He notes that the measures used in most organisations are ‘lagging’ or ‘rear-view’ measures – they tell you what you did.

Seddon has a very clear view on measurement but at this time I want to simply put forward his thinking regarding the difference between operational and financial measures. He says that we should use:

We know that one affects the other but we can never know exactly how and it is waste to divert time and effort to try to do so.

Bringing this back to Nick Farr-Jones and Rugby: A rugby coach uses process measures to manage (e.g. passes complete, line-outs won, tackles made…) and the result quite literally as the score!

So Nick Farr-Jones, Deming and Seddon quite clearly agree with each other. If you work on the capability of a system/ value stream/ process to deliver against its purpose (as from the customer’s point of view) then the results will come.

Finally, you may be thinking ‘ah yes, this is where the balanced scorecard comes in’…there’s a post in there! Watch this space. 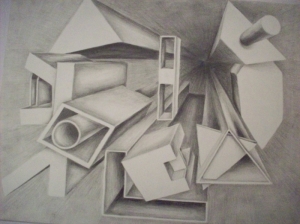 If you go on a site visit to see another organisation, let’s say because you want to see if you can ‘borrow’ someone else’s brilliant ideas, be very mindful of the effect of your own constrained thinking on what you will see!

“…Everything we see is a perspective, not the truth.” (Marcus Aurelius)

The Operations Manager: If you go to see a manufacturing plant, see that it is really clean and tidy, notice that they use a technique (and related tools) called ‘5S’…you could come back to your own plant and tell everyone to ‘do 5S’.

…but you would have missed the point as to how that manufacturing plant arrived at their current reality. They will likely have engaged everybody in the factory as part of a deeper ‘Lean/ Systems Thinking’ management system. They will have an environment in which ‘5S’ is relevant to them and can thrive.

It is likely that your top-down mandate to ‘do 5S’ won’t be embraced and you, the ‘command-and-controller’ will say “it didn’t work here”…and will go looking somewhere else for another ‘brilliant idea’ to impose.

The Healthcare Executive: If you go to see a hospital looking for ‘best practise’, see that some of the best surgeons use ‘checklists’…you could purchase a pack of ‘expert designed’ checklists from a consultant and mandate their use by all your surgeons.

….but you would have missed the point that the checklists (or any other effective yet dynamic ‘standardised work’) were designed and owned by the people who were using them because they believed that they were a meaningful counter-measure to meaningful problems.

It is likely that your surgeons won’t accept your imposed checklists…and you will attempt to implement controls to enforce their use, leading to extra costs and much worker- management resentment.

Note that the American car manufacturers AND Toyoda (now Toyota) went to see Henry Ford’s revolutionary ‘River Rouge’ production plant at about the same time as each other (the 1920s)…but they were looking at the same thing through very different eyes and came out with very different observations (e.g. economies of scale vs. flow)…and the rest is history!

The best way to make meaningful and sustainable improvements is to always start from the perspective of the customer, see the customer’s value stream as a system, understand its purpose and provide an environment in which all the process performers and managers are intrinsically motivated to continually improve this system towards its purpose. And, to be clear, this (in part) requires the removal of any and all management instruments that do the opposite.

Whilst it might be useful to see what others are doing, perhaps to spark ideas, this shouldn’t be your starting point and neither should it be the end point. You should know what you are trying to achieve before you look, and you should (meaningfully) experiment before you implement.

On tools: “A fool with a tool is still a fool” (Grady Booch); and

On environment: “People’s behaviour is a product of their system. It is only by changing [the system] that we can expect a change in behaviour.” (John Seddon)

I will have seeded the blog with a dozen or so ‘starter’ brain fart blogs before inviting anyone to join so that the cupboards aren’t bare when you first come on board.

Before digging into any of the posts, I ask that you read:

My longer term intent is to write posts within the following categories:

I hope you enjoy. Constructive feedback is welcome. I will try not to get ‘too far up myself’ whilst writing (only time, and the nature of your comments, will tell if I achieve this!)