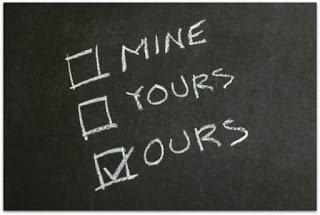 So I was in a meeting. A colleague spoke up and said that she felt that incentives weren’t a good thing, that they caused much damage and that it would be better to remove their use and replace them with something better.

This was followed by the usual conversation that ‘bad’ objective setting is clearly the actual problem…and implied that the (obvious and only) answer was to continually strive to set ‘good’ objectives (incl. targets and linked incentives).

Finally, it led to a discussion as to how different organisations handle the issue of pay. Two particular comments made of interest to me were that:

Now, there are (what I believe to be) some important points that I’d like to put out there regarding each of these two comments. Here goes…

Part 1 – The problem being the quality of the objectives

To run a ‘performance related’ incentive scheme, an organisation needs to do four things:

I have already written posts that are highly relevant to each of these points. In particular:

and perhaps most importantly:

I hope that this gives you plenty of thought to explain my contention that, in Ackoff’s words, we shouldn’t be “trying to make a wrong thing righter”.

The issue is NOT with poorly set personal objectives, criteria, judgements and financials methodology. You can fiddle with these all day long but you won’t remove the fundamental flaw within.

Part 2 – Is Profit sharing the same as incentives?

Firstly, what do I mean by profit sharing as opposed to incentives? Here are definitions for each:

Definition of Profit sharing: All employees share in the success of the organisation.

“Employees receive a variable amount each year (or some other increment of time) where this variable reflects the pre-tax prosperity of the company.” (Scholtes)

Note that such profit sharing can be carried out in a myriad of ways. Some of these are:

* Note: A key consideration for anyone designing a profit share method is to avoid short-termism. Alternative thinking on how to achieve this might be to consider payment in shares that can’t be sold for a certain period, or payments into a person’s pension scheme, or [some other way of thinking outside the box]

Definition of Incentives: Extrinsic motivators – the offering of something (usually money) on a contingent basis in order to control how someone acts. ‘Do this to get that’.

At work, such incentives link to the idea of ‘paying for performance/ merit’ i.e. the setting of a challenge and then the judgement as to whether/ how well it has been met and the subsequent release of the contingent reward.

So, with these two definitions, I can now explain, via the following table, why profit sharing (however done) and incentives are very different:

…and for anyone who holds that incentives must be right because everyone else seems to be doing it, you might be interested in my earlier post on Benchmarking.

To end with some thoughts for the way forward:

After very skilfully dealing with the subject of pay and performance in his book ‘The Leaders Handbook’, Scholtes puts forward (what I consider to be) some very useful guidelines when it comes to pay: