Skip to content
HomeChapter 4: What possible ‘defences’ exist against the harm of ‘Money Power’? 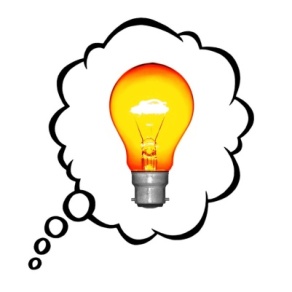 …and at this point you may reasonably ask “so what can be done about this situation?”

Thankfully not everywhere is the same…and we can look around for ideas.

Ha-Joon Chang writes that “most rich countries outside the Anglo-American world have tried to reduce the influence of free-floating shareholders and maintain (or even create) a group of long-term stakeholders (including some shareholders) through various formal or informal means.”

“Being heavily influenced, if not totally controlled, by longer-term stakeholders, companies in these countries do not as easily sack workers, squeeze suppliers, neglect investment and use profits for dividends and share buybacks…all this means that in the long run they may be more viable…

Running companies in the interests of floating shareholders is not only inequitable but also inefficient, not just for the national economy but also for the company itself.”

(Of course, I should reflect that there are lots of other ownership models ‘out there’, such as State Owned Enterprises, Mutuals and Co-operatives…and I have read many a good-news story about what can be achieved with the latter.

If you already have one of these ownership models, please stay as you are! What follows is aimed squarely at the Dead Money corporations).

I’m a big fan of the ‘employees as long-term owners’ method.

Now, many a ‘large corporate’ would respond that their people can buy shares in their company and, further, that they encourage this by administering some form of ‘employee share buying scheme’.

So how’s this different to share ownership through profit sharing (as in the Oktogonen Foundation)?

Well, if we consider a typical ‘employee share buying scheme’:

The power in ‘share ownership through profit sharing’ is that EVERYBODY in the organisation becomes an owner, and thereby connected with the same aim.

The power in setting up a foundation specifically for this purpose is that the employees as a GROUP obtain a significant voice, creating representation on the board.

The power in defining a long-term method of payment (say, at pensionable age) is that employees (past and present) care deeply about the LONG TERM success of the organisation…which will produce a genuine focus on the CUSTOMER (and society).

Now these words might cause the following reaction from existing shareholders and executives: “Whoa…I don’t like the sound of ‘worker power’ – this is Trade Unionism by the back door…and look at where that always ends up!”

Here’s why it is the exact opposite:

The birth, and historic basis, of the Trade Union movement was to protect the workers from the power of the owners. In response to Trade Union power, the owners would regularly claim that the employees were ‘biting the hand that feeds them’…and thus a hugely adversarial battle became the norm1 (usually with the customer, and consequently the organisation, suffering in the cross fire).

But, rather than employee ownership through profit sharing stoking the ‘worker – owner’ flames, it actually dissolves the problem! Everyone is pointing in the same direction.

Even better, a foundational base is set to enable the business to become so much more efficient and effective because all those commanding and controlling ‘management instruments of torture’ can be torn down – that would be incentives and Performance Management2 for a start!

….just think how easy it would become to engage with the workers – or should we call them ‘long term guardians’ now?

“Just close your eyes and imagine…”

I have often found myself in company presentations with management eulogising about the next ‘cost cutting’ initiative. A usual candidate is the travel and expenses budget (and the associated rules to be complied with)…and they always use the same logic:

“Imagine it as your own money!”

Ponder upon this for a minute: management ‘get’ that it isn’t our money, and that this will alter how we think about it…but they want us to play a game of ‘pretend’. Hmmm – they’re missing something there.

But what if THEY (management) altered their thinking such that it IS the employees’ money. They can dispense with those silly games, and potentially all those wasteful cost cutting initiatives. Imagine that!

Now, there may be a backlash of comments from shareholders with a view that the company would be giving away their money.

Some thoughts on this:

A start to the journey

‘Necessary but not sufficient’: I’d like to be clear that, whilst profit sharing could be game changing, it’s not a silver bullet….but it is a hugely sound foundation from which the right type of business can be successfully built and sustained.

It can act as a catalyst for all those things that you’ve been saying, but not been able to do. Why? Well, because it fundamentally changes the employee – company relationship.

It brings Live Money onto the scene and, if done well, brings Service Power back to the fore.

(Note: I’ve written this whole serialised post because – after many years of pondering – I came to the conclusion that you can understand and passionately want to change your ‘culture’ BUT you won’t (meaningfully or sustainable) achieve this if you don’t address your ownership structure…and this relates to Money Power).

To close: A comment on the current ‘side show’

Now, I’m all for diversity. I believe in respect, equality and fairness for all.

However, you can be as diverse as you like, but if you don’t change the system (of management and ownership) then you’ll simply get more of the same.

To repeat my regular John Seddon quote (I have it ringing in my head most days!):

“People’s behaviour is a product of their system. It is only by changing [the system] that we can expect a change in behaviour.”

Or, to a Deming pearl of wisdom: “A bad system will beat a good person every time”

Stop trying to change people and, instead, perform a paradigm3 shift so that they change for themselves.

I should add that the diversity thing will be so much easier to achieve when all employees want to collaborate together (profit sharing) rather than competing with each other for ratings, rankings and contingent rewards. i.e. If you really want diversity, and what it can offer, then change the system first.

Okay, so I’ve argued that employee ownership through long-term profit sharing is a bloody good way to go…but there’s a few people that I really need to convince first. That would be a) the existing shareholders and b) the CEO. And that is the subject of my next, and final, chapter 🙂

1. Owners vs. Unions: As usual, Henry had something useful to say on the matter:

“Business does not exist to earn money for the capitalist or for the wage-earner. The narrow capitalist and the narrow trades unionist have exactly the same view of business – they differ only on who is to have the loot.” (Ford)

2. On the merit system (i.e the rating and rewarding of people’s performance): Here’s a nice Deming exchange in a Q & A part of one of his famous lectures:

Question from the audience: “What do you propose to replace the merit system with?”

Deming: “Replace it? What, you want something to destroy people better than that does?!

Replacement means another method to do the same thing. [Do] you know of anything more effective in the destruction of people?

Question rephrased: “But is there any way to change the merit system?”

Deming: “Change it? Abolish it! Look at what it’s done to us.”

3. Paradigm: I usually hate using the ‘p’ word – it seems so ‘management consultancy’ to me…but in this case it is spot on!

4. So…what if you don’t (yet) want Live Money: If you don’t want to do the profit sharing thing (even though you’ll be seriously missing out) then STILL GET RID OF THE INCENTIVES!

7 thoughts on “Chapter 4: What possible ‘defences’ exist against the harm of ‘Money Power’?”