Governments all over the world want to get the most out of the money they spend on public services – for the benefit of the citizens requiring the services, and the taxpayers footing the bill.

Government officials regularly devise initiatives, and even new departments, aimed at getting their myriad of agencies to work better together.

However, looking at this from the outside, the media regularly uncover seemingly daft (and sometimes tragic) instances where government agencies have failed to effectively act, connect and co-operate with each other. In such instances, each agency appears to ‘the person on the street’ to have been wearing blinkers with their ‘common sense’ radars turned to ‘exceedingly low’.

But is it right to lay blame on the agencies or, worse, the people acting within them? In the majority of cases, I’d suggest that the answer would clearly be ‘no’. We should be looking at the bigger ‘whole of public service’ system that they are designed to operate within.

A new phrase was termed some years back called ‘Joined up government’. The Oxford dictionary defines it as:

“A method of government characterized by effective communication between different departments and co-ordination of policies.”

When a dictionary defines a word, it usually provides the reader with an example sentence showing its proper usage. In this instance, the first example sentence given is a negative one, as in:

i.e. Governments openly recognise that there is a big problem (a lack of togetherness)…and that they would love to ‘solve’ it…but it’s regularly in the ‘too hard basket’!

The purpose of this post is to share (what is to me) an important (and very well presented) 30 min. video by Jeremy Cox1: Budget Management and People Centred Services that nicely explains, by way of reference to a real case study, the ‘multi agency’ problem and how to go about changing it.

If you are interested (particularly if you work within the public sector) then I’d expect that watching it should be a worthwhile (and thought provoking) use of your time.

Right…if you’ve got to here then I’ll assume that you’ve watched the video…the rest of this post pulls out (what I believe to be) key things said by Jeremy Cox in his presentation (blue italics below) and my ‘wrap-around’ narrative.

Note: What follows is incomplete and not a substitute for watching the video. It’s just an aide-memoire so that I (and you) don’t have to watch the video every time to pull out the key points or discuss it with our colleagues.

Jeremy Cox starts at a summary level by walking us through “four critical steps”:

1. The first thing to do is to study your system…and, just to be crystal clear, YOU (those responsible for the system) have to study it, and do so WITH those who operate it. A consultant cannot do this for (i.e. to) you2.

“You have to go and study because if you see it with your own eyes, you can’t deny it. If someone ‘tells you’, then you can ‘rationalise’ it away quite easily.”

2. From studying your system, you can then see and understand the effects of (supposed) ‘controls’ on its performance.

3. Only when we understand (at a root cause) WHY the system operates as it does, should we redesign…because then, and only then, is such a redesign based on meaningful evidence…as opposed to the usual ‘conventional wisdom’ or ‘current in-vogue ideology’;

4. Devise new measures, and move to a new model of leadership.

Cox then goes into each step in some detail.

Going back to Step 1: Cox talks about studying demand. 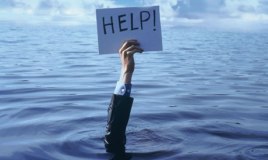 He takes us through a case study of a real person in need, and their interactions with multiple organisations (many ‘front doors’) and how the traditional way of thinking seriously fails them and, as an aside, costs the full system a fortune.

“Understand demand in context….don’t understand people from the point of view of your organisation, understand the person and what matters to them about living a better life.”

The case study is sad…and yet not really a surprise – we all kind of know that it’s true. It shows the huge power of following some cases around the full system.

In explaining Step 2, Cox opens up the madness within silo’d (i.e. single department) thinking, which is driven by their ‘budgetary controls’. 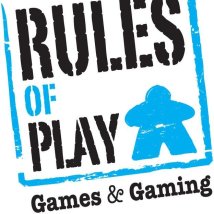 He identifies three survival principles in play, and the resulting anti-systemic controls that result:

a) “We must prioritise [our] services for the most in need” which leads to attempts to stop entry into the service, and then the requirement to break through escalating thresholds of eligibility.

Such ‘screening out’ logic creates the following madness: “Your case isn’t serious enough yet…go away until things get worse!”

b) “We must stick to what we do” which leads to “I can see that you need A and B for you to get better…but, here, we only do A.”

Cox gives a real example of an alcoholic with depression being turned away by mental health practitioners because “we don’t work on alcoholism – you need to solve that first and then come back with your depression”. We can predict that such unhelpfulness will lead the needy citizen towards a rather large drink!

c) “We must limit service delivery” which leads to attempts at closing cases, doing things on the cheap, and setting time limits…all of which are about pushing things through at the expense of the needy citizen…which will lead to failure demand (probably popping up unexpectedly in another department…and therefore not seen as linked). 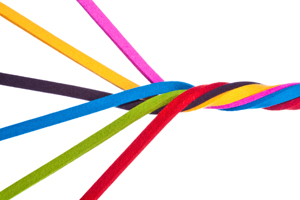 Cox makes the obvious point that the actual redesign can’t be explained up-front because, well…how can it be -you haven’t studied your system yet!

…but, generally, it is likely that “genuinely integrated, local-by-default problem solving teams will emerge from [following the steps]”.

A clarification: ‘Genuinely integrated’ doesn’t mean a multi-disciplined shared building where people regularly come together for, say, case review meetings…and then go back to their ‘corners’ and work to their existing (i.e. competing) policies and procedures.

A nice test from Cox:

“How do you know a team is genuinely integrated rather than co-located?…All you have to do is look in the fridge – nobody’s written their department’s name on the milk!”

And so to Step 4: New measures and new leadership

[Once you’ve successfully redesigned the system] “The primary focus is on having really good citizen-focused measure: ’are you improving’, ‘are you getting better’, ‘is the demand that you’re placing reducing over time’.”

Notice that these measures are about the purpose of the system (i.e. for the citizen), and NOT about the activities performed within the system. It’s not about the volumes of calls taken or visits performed or payments made or cases closed or…[carry on naming activities].

“You have to shift leaders from managing the budget top-down to adding value to the process of studying, and improving outcomes for individuals.”

The point here is that you are never done. The outcomes from a redesign can radically shift performance, but you’ll quickly be ‘back at square one’ if you haven’t grasped the WHY and don’t ‘kick on’ to yet more learning, and yet more improvement – becoming better every day – for the good of citizens, and (importantly) for the pride of your employees.

What’s most interesting to me from the video is the graphic explanation of one unit of demand, a needy citizen in a really shitty situation, being bounced around – presenting at public service ‘front doors’ in multiple and seemingly unrelated ‘cases’, with each agency doing what they can but not what is required….and the needy slip ever further into their personal quagmire.

“We limit what we do to ‘what we do’, not to what the person needs.”

Cox makes the hugely important point that, once you open your mind, then the study and redesign of the work is relatively easy. The hard bit is re-conceiving the ‘system of management’. This takes real leadership and (perhaps most importantly) self-development.

“Some of the most rewarding work that I have ever done is just working with these integrated teams who are out…on the ground, with good leadership, learning how to solve problems for citizens. You actually see people’s lives turned around and people who otherwise would have been dead who are now still alive.”

This is powerful stuff! There can’t be much more meaning to anyone’s working life than that.

1. The video covers one session within a ‘Beyond Budgeting’ event run by Vanguard Consulting over in the UK. The first 3 mins. is an introduction from John Seddon, and then Jeremy Cox (a Vanguard consultant) presents the rest.

Note: Cox refers to names of UK government departments (e.g. The DWP). If you live elsewhere in the world then you are likely to have similar agencies, just with different names.

2. A consultant cannot do it for you: I should clarify that an experienced ‘systems thinking’ coach CAN facilitate you through studying your system and its redesign….BUT they aren’t ‘doing it’ – you are!

I have a post with the ink half dry that explains and expands this point called ‘Smoke and Mirrors’. I guess I should get on and finish it now.

3. The NZ government is setting up a Social Investment Agency. Its “focus is fundamentally about changing the lives of the most vulnerable New Zealanders by focusing on individuals and families, understanding their needs better, and doing more of what is most likely to give the best results”. I like the intent.  I hope that those involved watch (or have already watched) the Jeremy Cox video, and consider the messages within.