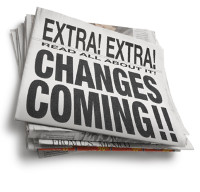 Being a pom, I hadn’t heard the ‘suck it up’ phrase until I came to New Zealand. I find it quite amusing…I particularly like some of its derivatives like ‘harden up’ and ‘take a concrete pill’.

Obviously it isn’t always appropriately used but it reflects an attitude of ‘stop whinging, it is what it is – just get on with it’.

So, when I hear the oft quoted remark that ‘change is the only constant’ (or such like), I note that this is used (in various guises) by ‘leaders’ to basically say ‘just suck it up’. A re-organisation is a classic example when it is brought out of the ‘communication’ drawer.

Consider the opposite though, that human beings are creatures of habit and resist change. Professor Rosabeth Moss Kanter sets out reasons for why this is so, and I pull out/shape some of these below:

So there is clearly a paradox, a herculean rub here: We are being told to constantly change, yet we don’t like change!

Now, the command-and-control response is typically to introduce a ‘Change Manager’ to the mix to grease the change through the lumps and bumps in the way.

But what if the combined ‘manager – process performer team’s constant state was of one in which their job was to continually change the system they work in, for the good of the customer…rather than having this done to them.

If we re-examine the reasons for fearing change, we can see that most dissolve away when:

How do we successfully do this? To start, we need to critically examine our management thinking.