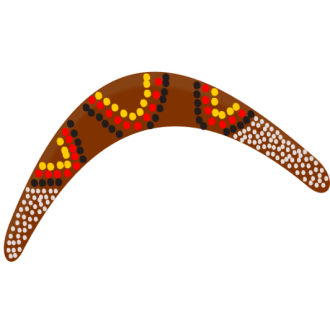 So I overheard a conversation the other day: One person was desperately trying to convince another person of the ‘right thing to do’…

…and for every (highly rational) justification provided by the would-be ‘persuader’, a counter was volleyed back by the ‘subject’ of the persuasion….which led the (what we might loosely label as) ‘conversation’ onwards to the next round.

I listened until, eventually, the persuader had exhausted all avenues of logic, and ran out of steam. The subject had become quite entrenched and the persuader was frustrated and worn out.

The conversation ended at an impasse, with a solid divide achieved between its participants.

It was at this point that I reflected on an important few pages at the beginning of an excellent Miller and Rollnick book1. I searched out and re-read these pages to remind myself of the message within. I will now try to write a short post that I hope does them justice:

“Ambivalence: the state of having mixed feelings or contradictory ideas about something or someone.” [Oxford English Dictionary]

People partake in lots of risky behaviours, such as: smoking, drinking too much alcohol; eating a poor diet; not exercising; not taking their medication2 …

I’m sure you could keep adding to this list based on your experiences and of those around you.

Most people that do these things understand that there are ‘downsides’, whether it be their health, finances, relationships with others, environmental impacts…. They can also describe the positives that would come from a change in their behaviour.

Yet they experience a conflict.

“Most people who need to make a change are ambivalent about doing so. They see both reasons to change and reasons not to. They want to change and they don’t want to, all at the same time. It is a normal human experience.” [Miller & Rollnick]

Miller and Rollnick go on to describe two kinds of talk:

Change talk: a person’s own statements that favour change; and

Sustain talk: the person’s own arguments for NOT changing, for sustaining the status quo

If we listen to a person who is in a state of ambivalence, we will usually hear both change talk and sustain talk occur, even in the same sentence. Such as:

“I know that I should…but how can I if…”

The cadence of the conversation is “yes, but…” i.e. [change talk] and then [sustain talk].

Miller and Rollnick go on to say that:

“There is something peculiarly sticky about ambivalence, even though it can be an uncomfortable place to be. People can remain stuck there for a long time, vacillating between two choices, two paths, or two relationships. Take a step in one direction and the other starts to look better. The closer you get to one alternative, the more its disadvantages become apparent while nostalgia for the other beckons.

[However] the path out of ambivalence is to choose a direction and to follow it, to keep moving in the chosen direction.”

The ‘helper’ with the righting reflex:

Let’s suppose that we have an ambivalent person (i.e. most people) interacting with a person that wants to help them (again, most people).

The helper’s natural reflex is to champion the ‘good’ side of the argument for change, usually with explanations of why its good, and advice as to how to move towards it.

By doing this, the helper is idealistically supposing that the person is going to respond along the lines of “gosh, I hadn’t realised/ thought of that” and/or “yes, yes, you are sooo right!”

However, Miller and Rollnick point out that:

Further, the ambivalent person has probably already heard the helper’s ‘good’ arguments from others, as well as from their inner voice.

If we recall from above that the cadence of ambivalent conversations is “yes, but…”, then all the helper is doing is starting the ‘yes’ (change talk) part of the sentence, with the predictable response that the ambivalent person falls into completing it with the ‘but…’ (sustain talk) part.

“Argue for one side and the ambivalent person is likely to take up and defend the opposite. This sometimes gets labelled as ‘denial’ or ‘resistance’ or ‘being oppositional’ but there is nothing pathological about such responses. It is the normal nature of ambivalence and debate.”

You might think “mmm, I can see that such a conversation hasn’t moved the ambivalent person forwards… but what harm has been done?”

However, this pattern of conversation isn’t benign:

“Causing someone to verbalise one side of an issue tends to move the person’s balance of opinions in that direction.”

And so, to the monumentally important ‘punch line’:

‘If you as a helper are arguing for change, and [the person you are trying to help] is arguing against it, you’ve got it exactly backward.”

Scratching the surface3 of what to do instead:

So, if the righting reflex4 is likely to send someone in the wrong direction, what should a would-be helper do instead? A couple of quotes to reflect upon:

“What people really need is a good listening to.” (Mary Lou Casey)

“Listen to the [person], and they will tell you [what you need to know]” (Hippocrates)

…which will likely lead to more open questions, more sharing and listening and more reflection.

A nice way of thinking about this is that the conversation should feel “like dancing rather than wrestling. One moves with, rather than against, the person.”

Such an approach is known as active listening.

“Active listening is…the process of listening attentively while someone else speaks, reflecting back what is said, whilst withholding judgement and advice.”

A great deal of the listening that we commonly do isn’t to understand, it is just ‘listening to respond’…which is highly limited in its effectiveness.

There’s a fantastic ‘side effect’ of active listening:

Have you ever noticed that the act of being able to talk to someone about your problem6 (i.e. that they properly listen to you) is very often the catalyst for you to move yourself forwards? It’s as if the listener did nothing…and yet they changed everything!

“People are generally better persuaded by the reasons which they themselves discovered than by those which have come into the minds of others.” (Blaise Pascal)

Going back to the very beginning of this post, and the conversation that I overhead, you can probably imagine the predictable and firm direction that it took as the (attempted) helper was drawn into arguing through the list of ‘good’ reasons for change.

It was like listening to a metaphorical car crash. Every attempt at help made things worse.

1. Book: Motivational Interviewing – helping people change, 3rd edition by William R. Miller and Stephen Rollnick. All quotes in the post above are from this book unless otherwise attributed.

3. Re. scratching the surface: There’s sooo much more on the why and how to doing this. I’m just ‘wetting the appetite’ by opening up the topic. Refer to reference 1. for a great book that will take you deeper…

4. A definition of the term ‘the righting reflex’: “the belief that you must convince or persuade the person to do the right thing…and that you just need to ask the right questions, find the proper arguments, give the critical information, provoke the decisive emotions, or pursue the correct logic to make the person see and change.”

5. Definition of open and closed questions:

Closed: “The question implies a short answer: yes or no, a specific fact, a number etc.”

Open: “Questions that are not closed, which leave latitude for response.”

6. Clarification: Don’t expect that one conversation can uncover and resolve everything. Our understanding of another person and their situation will likely emerge as we gain their trust. They will not tell us the things we really need to know unless, and until, they trust us.

7. The image at the top of the post is of a boomerang, because it refers to the ‘Boomerang Effect’: “the unintended consequences of an attempt to persuade resulting in the adoption of an opposing position instead” (Wikipedia). You can see that a helper adopting the righting reflex will likely experience the boomerang effect!