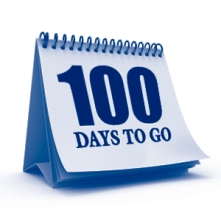 I’m sick of leaders coming into new roles with the ink already dry on their ‘100 day plans’. I’m sick of the conventional view that such an up-front and detailed plan is “critical for success”…success of what?

Throw that plan in the bin!

Instead, go to the Gemba, study the system with a truly open mind (and open eyes and ears) and get knowledge.

In this way you will get to understand:

Now, you can properly appreciate how the current management system constrains the system from achieving its purpose.

Now, you are in a position to help the people see, accept and make the necessary changes themselves that will truly and sustainably improve the system against its purpose….and meaningfully measure the effects.

Now, you can help the people experiment and learn, to make ongoing long term sustainable improvements rather than carry out knee-jerk ‘activities’ on a plan.

I can hear management’s riposte now: “We can’t take the time to do that! We’ve got to get results now!”

A reminder of the quote:

“Vision without action is a daydream. Action without vision is a nightmare.”

Taking actions does not equate to transformation. Your 100 day plans become ongoing nightmares!

A true but comedy illustration: I met a guy who had just come into a role. He had his 100 day plan (that he had presented at his interview and which had secured him the job). I asked him whether he had met his team yet. His reply? “Oh no, not yet, that’s not until day 21 on the plan.”