Skip to content
HomeOxygen isn’t what life is about 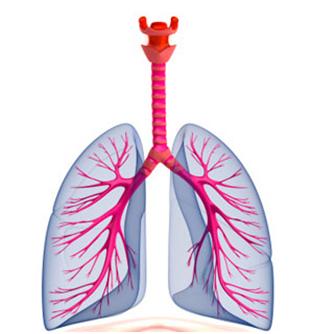 I often hear people talking about the need for profit and that my thinking must address this fact. I respond that it does, but not as they might think. This post tries to explain.

There are two types of ‘for profit’ organisational thinking, both of which consider that profit is necessary…and there the similarity ends.

Type 1: Considers profit as the overall goal and purpose of the organisation ‘at any cost’;

Type 2: Perceives profit as necessary for the organisation’s survival, but not its reason for existence. Profit to such an organisation “will be seen as breathing is to a human organism, but not what life is about.” (H. Thomas Johnson)

The difference in management systems and outcomes for these two types of thinking will be profound.

Below are a number of convergent viewpoints from key thinkers backing a ‘Type 2’ view on profit:

Aaron Dignan, in his talk on the operating model that is eating the world, explains the over-riding importance of purpose. He uses the examples of Facebook, Apple, Amazon, Tesla (and many other highly successful organisations operating beyond traditional 20th century western management thinking) to explain that:

Cause and effect: If you truly focus on purpose, the effect will be a highly successful organisation (and happy investors).

Sir Richard Branson has a very clear philosophy on priorities : “put your staff first, customers second and your shareholders third”. This is the complete opposite of the traditional view, but there is a simple yet profound logic within which Branson says “should go without saying and it’s surprising that it still doesn’t in many organisations”.

Put simply, if the people working at your company are 100% proud of the job they are doing, are given the tools to do a good job, are treated well and (consequently) are proud of the brand then they are going to truly look after the customer.

Cause and effect: The shareholders do well because the customers do better because your staff are (truly) happy.

A caveat: Don’t think that you can hoodwink your staff (i.e. with words, ‘canned fun’ and/or bribes) into thinking that they are ‘first’ if this is not so…they will see right through such a facade.

A reality check: If your people aren’t proud of what they do/ where they work then you have a problem with your priorities.

Mike Rother, in his book ‘Toyota Kata’, sets out an interesting historical perspective of how we arrived at the traditional 20th century (Western) management approach. In it he quotes Alfred P Sloan (President and then Chief Exec. and Chairman of General Motors between 1923 – 56) as saying:

You might come back at me and say, “well he’s right isn’t he? We might ‘say’ our purpose is ‘xyz’ but it’s actually about the money.”

To this, I would say that we need to recognise that customer, employee and investor make up necessary components of an organisation’s system and, going back to harmony or cacophony, we should understand that we can’t put one component (e.g. investors) above the others and expect it to be good for the system. In fact, to do so will cause unknown and unknowable harm to the system.

Cause and effect: Optimising the system will be good for all of its components over the long term.

A caveat: If you ‘say’ it’s all about purpose but underneath it all it isn’t then don’t be surprised at your inability to move towards it. This is a classic case of POSIWID.

* Note: General Motors made a 2007 financial loss of US$38.7 Billion and, after running out of cash soon after, entered ‘Chapter 11’ bankruptcy in 2009. After selling off or discontinuing many brands, it emerged as a new company with new management and financial bailouts from both the US and Europe, with a net cost to US taxpayers (to date) of US$12 Billion.

Thomas (Tom) Johnson, Professor of Accounting and author of the book ‘Profit beyond measure’ wrote in an article on the excellent ‘Lean Edge’ site that “financial results such as revenues, costs and profits are by-products of well-run human-focused processes”.

He goes on to make the following comparison:

“…the Toyota people in Japan who founded and grew the company down to the 1990s saw the company as a disciplined organization of ’employee/suppliers’ whose purpose is to serve ‘customers’ in a way that earns sufficient profit to ensure the long-term survival of the organization.

…those of us from the West, on the other hand, for the past 30 to 40 years have viewed the purpose of business as making profit, by any means considered legal.

…the contrasting view held by Toyota people who founded and built that company from the 1950s to 2000 considers that a business exists to provide opportunity for humans to exercise their inherent creativity in gainful employment serving needs of other humans. The people who held that view saw the purpose of the business to be continuous improvement of a system designed to enable humans to serve other humans gainfully and sustainably”

It’s interesting to note that there are plenty of organisations around the world (Dignan refers to some in his video above) that have understood the ’cause and effect’ of Toyota’s view i.e. that everyone (including investors) does well if an organisation sets out and truly pursues its purpose, with its long term success being the outcome.

And finally, if we go back to Simon Sinek’s ‘start with why’, he makes some things very clear:

‘Why’ is not about profit…that’s just an outcome:

“By why, I don’t mean to make a profit, that’s a result. By why, I mean what’s your purpose, your cause, your belief? Why does your organisation exist? Why do you get out of bed in the morning and why should anyone care?”

You can’t just state your ‘why’ (your purpose). It actually has to be what you believe! If your actions are about profit over your stated purpose then this evidence will be seen, taken on board and acted upon accordingly:

“…what you do serves as the proof of what you believe.”

People ultimately follow leaders for themselves. If the actions of those leaders do not align with the beliefs of the workers then don’t expect them to follow:

“We follow those who lead, not because we have to but because we want to. We follow, not for them but for ourselves.”

Finally, there’s a really important point implied but not explicitly stated by Simon Sinek: The leaders of an organisation need to provide the environment, through an appropriate management system, that enables the purpose and does not frustrate it.

For those of you who think “what a load of hippy liberal rubbish, of course it’s all about the shareholder”, here’s a really nice quote to consider from Sam Walton (founder of Wal-Mart):

“There is only one boss. The customer. And he can fire everybody in the company from the chairman on down, simply by spending his money somewhere else.”

…how would those shareholders feel if their investment became worthless?

Note: The above raises a ‘big hairy question’ – There are many corporate forms…but which ones help and which ones hinder an organisation’s ability to truly live its stated purpose? This is something that the world’s politicians and financial markets are currently grappling with. Here’s an interesting ‘Economist.com’ article about this.