Okay, so to recap, in Chapter 1 I took you back 100 years to consider the visionary Henry Ford and his foundational philosophies. I know he wasn’t a saint, I know he didn’t ‘solve the worlds problems’ and I know that he was lucky to be the right side of a technological disruption…but there’s bucket loads to learn from him. 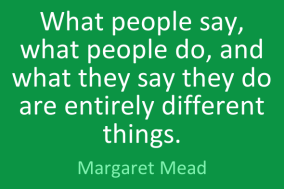 The ending of Chapter 1 was about Money power and, in particular, the idea of Dead Money provided by professional financiers – people focused on profit.

Now, I can almost hear any and every ‘large corporate’ executive, after reading Ford’s words, shouting back that “yes, yes, YES” – they understand ALL of this…they don’t run the business solely for profit…and this is why they have a rather wonderful Purpose Statement!1

To those ‘large corporate’ executives that would protest that they are ‘at one’ with Henry, I would reply with Stafford Beer’s acronym POSIWID, which stands for ‘The Purpose Of the System Is What It Does’.

To better explain this point I will borrow from my earlier post on this point:

“There’s a BIG difference in what we might like the purpose of our (organisational) system to be and what it actually is!

You can say that the purpose of the system is [XYZ] until you are blue in the face but, if this isn’t what it actually delivers, then by point of fact it ISN’T its (current) purpose.”

Every time I hear the ‘purpose’ words and then see the conflicting profit actions, I have to go and have a lie down.

Ford’s words are profound2 and agreeably fit with what has subsequently been written/said by all those giants I referred to in my earlier post ‘Oxygen isn’t what life is about’.

For those of you who think ‘what a load of hippy liberal rubbish, of course it’s all about the shareholder’, here’s a really nice quote to consider from Sam Walton (founder of Wal-Mart):

“There is only one boss. The customer. And he can fire everybody in the company from the chairman on down, simply by spending his money somewhere else.”

…how would those shareholders feel if their investment became worthless?”

i.e. Purpose is above profit…and you can’t just say this – it has to be so.

We seem to have a problem with understanding the ‘purpose isn’t profit’ thing.

So, what’s the difficulty here? Why can’t we fix this? What might be the cause?

And so to Corporations 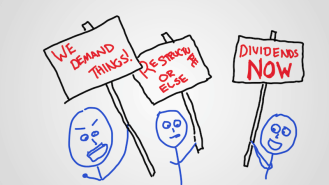 If you’ve not read it then I heartily recommend a well written book by Ha-Joon Chang (Economics Professor at Cambridge) called ’23 Things they don’t tell you about Capitalism’3.

‘Thing 2’ is that “Companies should not be run in the interest of their owners”.

Now this will likely confuse most people, provoking responses like “…but isn’t this a building block of capitalism?”

And yes, in Ha-Joon Chang’s words, here’s what we are told:

Okay, that looks pretty cut and dry in favour of the shareholders – so what is he on about?!

…but here’s what they don’t tell us:

Running the company for the shareholders often reduces its long-term growth potential.”

This could just as easily be Ford talking about ‘Dead money’! 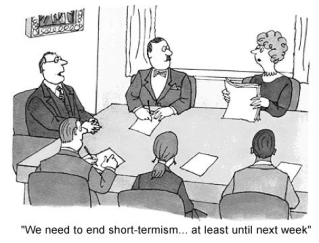 Ha-Joon Chang goes on to tear apart the 1980s principle of ‘shareholder value maximisation’ (I won’t reproduce his critique here…but it is well worth reading4).

He concludes that “[shareholders] ease of exit is exactly what makes [them] unreliable guardians of a company’s long-term future.”

Jack Welch (then CEO of General Electric) was the darling of the ‘shareholder value maximisation’ ideology…and it seemed to work really well for the large corporations…until it all inevitably came crashing down5.

Welch, many years later, reflected in an interview with a financial journalist that:

“Shareholder value is the dumbest idea in the world…

…Shareholder value is a result, not a strategy… your main constituencies are your employees, your customers and your products.”

…and, whilst it’s good that I can use this quote here, I find it convenient (to put it mildly) that Welch utters these words after he has extracted his $$$ millions from the corporation he pillaged and the ‘Guru Management’ books he sold…and now earns yet more $ from the reflective books telling us it was such a dumb idea!

“So are you trying to argue that we shouldn’t have limited liability companies?!” 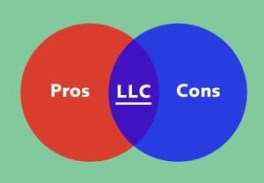 They have been rather useful to our societies in enabling large, risky and capital intensive ventures that, whilst important, wouldn’t have happened without risk sharing – e.g. large-scale industries such as the railways.

Prior to their existence, a business person had to risk everything (including the shirt on their back) in order to carry out business…and if they failed then it was off to debtors prison.

The idea of a limited liability company was invented back in sixteenth century Europe (known as a joint stock company back then)…but, due to constraints imposed upon them, they didn’t come into general usage until the mid nineteenth century.

So why might society have wanted those constraints? Well, they didn’t trust them! Even Adam Smith, often referred to as ‘the father of economics’, said the following:

“directors of [limited liability] companies…being the managers rather of other people’s money than of their own, it cannot well be expected that they would watch over it with the same anxious vigilance with which the partners in [their own business] frequently watch over their own.”

So, the idea of limited liability? – Yep, this is definitely of use to society.

But the idea of purely dead money in a business, or even of it being the master? – No, this is not healthy, for the business, for society or (for that matter) those free floating shareholders caught holding the dead money when the music for the ‘short-termism’ pass-the-parcel game stops.

The music stops when the business fundamentals bite…and they always do. 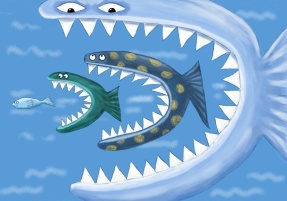 …and so back to a lovely Henry Ford quote to close out this chapter:

“What seems to be a big business may be created overnight by buying up a large number of small businesses.

The result may be big business, or again, it may be just a museum of business, showing how many curious things may be bought with money.

[True] Big business is not money power: it is service power.”

Many a big corporate has used dead money to pursue a strategy of mergers and acquisitions…and has often destroyed so much value in the process….and, after licking its wounds (and perhaps the convenient ‘retirement’ of those involved) has repeated the same mistakes, again and again.

A business becomes successful because of service power, not because it took actions that merely made it big.

The point is that ‘big is not beautiful’, service is beautiful…which will likely lead to a growing business. Cause and effect.

So…this chapter considered the likely protests from ‘large corporate’ executives that they are doing exactly as Henry implored…and why it’s really not as simple as that. In fact, if we look at the idea of ‘shareholder value maximisation’ then Henry’s definition of Dead Money appears to fit oh-so-well.

This is all very interesting…but what if this is just how it has to be! Chapter 3 will consider whether executives can do anything about this, for the good of the organisation.

1. I reflect that Simon Sinek’s excellent TED talk covering ‘Starting with Why’ has done extremely well in making its way around the world.

2. If you are a manager lecturing people as follows:

…then PLEASE re-read and really think about what Ford (and the others) are saying.

Your ‘money comes first’ lecture is a classic case of ‘the tail wagging the dog’.

3. Anti-capitalism? Just in case you think Ha-Joon Chang, and perhaps I, a Communist, here’s a few lines from his concluding chapter:

He goes on to set out eight principles to have in mind in redesigning our economic system.

4. Shareholder value maximisation: If you don’t want to buy Ha-Joon Chang’s book (it’s bloody good!) but do want to delve a little deeper in respect of “the dumbest idea in the world” then here’s a Forbes article that does similar.

5. General Electric: They became infamous during Welch’s tenure as masters of ‘legal earnings manipulation’ so that they always hit their earnings projections…and this was over a period of decades!

However, their underlying business didn’t look so hot when the pressure came on in the two crashes of the 2000s. Their share price (see graph below) tanked from $41 in Oct 2007 to $7 in March 2009. 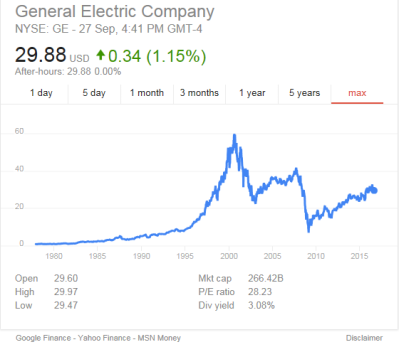