So this post is part 2 of a two-part piece in respect of budgeting.

Part 1 (The Great Budget God in the Sky) introduced the ideas that:

If you can’t remember, or haven’t yet read, why part 1 came to these conclusions then please (re)read it…otherwise read on:

So what do you do instead of a budget?

So there’s a short, simple (and insufficient) answer, and then there’s the rest of what needs to be said.

In simple financial process terms, those organisations that no longer use budgets work with rolling forecasts instead. Here are a few explanatory quotes from successful practitioners:

“Rolling forecasts are updated quarterly and look five quarters ahead…and because [they] are separated from any form of performance evaluation and control*, we get far more accurate forecasts than was ever the case with the budgeting system.”

(* a necessary discussion point covered later in this post)

“…this approach has reduced dramatically the amount of time managers now spend in forecasting compared with the previous budgeting process.”

“Forecasts are used in conjunction with actual results to show trends for high level KPIs such as return on capital, profitability, volumes and so forth. These typically show the last eight quarter’s actual results and the next five quarters forecasts.” (i.e. they see, and understand variation rather than making binary comparisons)

“Rolling forecasts…place the CEO in a much stronger position to anticipate financial results.”

Right, so you’ve got the basic idea about rolling forecasts…but I started by stating that this was insufficient:

Here’s a rather nice animation of a seven-levered lock:

I find it mesmerising! And it’s pretty cool seeing how it actually works 🙂

Using the lock as an analogy:

…and so it is the same for any organisation’s stated desire for (what is often termed) ‘Operational Excellence’.

Clarification: The lock system as an analogy is obviously limited because it is a simple ‘digital’ system – it is either locked or unlocked, on or off, black or white, 0 or 1. This doesn’t represent the real world but it is still useful.

The ‘locked – unlocked’ states in my analogy are the difference between:

The lock is only truly open when all the necessary levers are working together.

Here’s a brief touch on them (with links to further discussions):

…where this clarity is instead of, not as well as, a ‘management has the answer for you’ plan.

…meaning that the people who do the work gain constant feedback on the capability of their value stream(s) against customer purpose.

“Self-managed teams are far more productive than any other form of organising. There is a clear correlation between participation and productivity.” (Margaret Wheatley)

4. Management as Support (NOT control):

…in short, value enablers instead of, not as well as, commanders and controllers.

You may have noticed that I’ve put this in the centre of my fancy bubbles diagram. That’s because it will be a catalyst for everything else yet, without it, nothing great is likely to be achieved because individualism and extrinsic rewards will act as a highly effective brake.

…can you imagine if you and everyone around you were all truly harnessed together towards the same aim, and how this would change/ enhance your behaviour?!

With these five levers working together then you will get a ‘whole organisation’ that is very clear on what it is trying to achieve, that is laser-focused on their customers, that will constantly innovate and adapt, that is never satisfied with where it’s at, that wants to know who’s doing well (and why) and who’s not (and, importantly, how to help them).

It will also avoid the huge waste inherent within the fixed performance contract (with all the ‘budget setting, target tracking, performance appraising and contingent reward’ paraphernalia dismantled and replaced).

In part 1 of this post I set out, and explained, a series of recognisable games that budget holders and their teams play.

However, if you are working on the set of levers explained above, you can expect to create a management system that reverses those games into highly desirable outcomes (for employees, customers and investors). Here are those opposites:

“Always aim to improve upon and beat the competition”

“Always aim to know and care for customers”

“Always share knowledge and resources with other teams – they are our partners!”

“Always have the ability to understand root causes”

“Always do your best, never fudge the numbers”

Wow, that would be a cool place to work!

‘Beyond Budgeting’: The movement

So, I might well hear you asking “who’s actually doing this mad-as-a-hatter stuff eh Steve?!!” and I would answer that there are loads and loads of organisations (large and small) all around the world who are somewhere along their journey.

If you want to read case studies then there are plenty of places to go to: There’s the Beyond Budgeting Organisation…but there’s also The Lean Enterprise Institute, Theory of Constraints Institute, Kaizen Institute, Vanguard Method …and on and on. Let’s not forget Toyota itself! It’s not about a methodology – the systemic thinking advocated by these different organisations isn’t contradictory.

And, whilst obviously they don’t all agree on exactly everything, they all point towards what has been called by some ‘Management 2.0’ – the realisation that the command and control management system is ‘the problem’ and advocating evolving to a new one (by humbly studying, experimenting and learning).

It’s not a recipe – it’s a philosophy

A recipe has a set of ingredients and related instructions as to how to combine them – it is something that is implemented (being repeatable and reproducible).

A (scientific) philosophy is a theory, based on sound evidence, that acts as a guiding principle for behaviour. It is a direction to follow, where the path is found through experimentation and learning.

This (or any other) post is not meant to prescribe what needs doing. Instead, this whole blog advocates a move away from command-and-control, and towards systemic thinking and adaptive progress towards a meaningful purpose through empowered (which must imply engaged) people.

Caveat: setting out a ‘philosophy’ is absolute twaddle if it isn’t actually believed in, understood and expertly, humbly and continuously practiced by those in leadership.

‘Lipstick on a pig’ 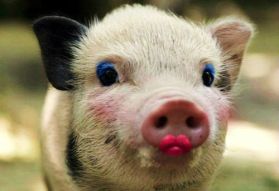 What a great phrase! Putting lipstick, some earrings and a blonde wig on a pig doesn’t change what it is…even if you are doing so with good intentions! (Ewe, that’s a weird thought).

There are many organisations out there attempting to command-and-control their way to ‘Operational Excellence’ but this is an oxymoron.

There is a subtle, yet gargantuan, difference between an organisation fumbling (with best intent) with a few of the levers and one that understands the lock.

Note: All quotes, unless specifically stated, come from Hope and Fraser’s book ‘Beyond Budgeting’ (2003) and their associated case studies.