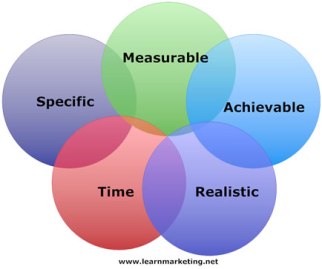 We are all taught at an early age in our careers (i.e. ‘Management for dummies’) that we should cascade down S.M.A.R.T objectives. You will come across it as an idea that is so deeply rooted that it has been co-opted as ‘common sense’.

Sounds so good, it must be right, right?

Let’s just remind ourselves what SMART stands for:

Let’s then also remind ourselves about the definition of a system (taken from my earlier ‘Harmony or cacophony’ post):

“A system is a network of interdependent components that work together to try to accomplish the aim [purpose] of the system.” (W. Edwards Deming)

The cascaded objectives technique (known as Management by Objectives, or M.B.O) is used by ‘Command-and-control’ organisations in the mistaken belief that, if we all achieve our cascaded personal objectives, these will then all roll up to achieve the overall goal (whatever that actually is).

Let’s say that we run a delivery company – our system. Fred, Amy and Dave are our drivers – our people components. If we provide them each with SMART personal objectives cascaded down (and offer performance-based pay), we might assume that they will all be ‘motivated’ to achieve them and therefore, taken together, the purpose of the whole will be achieved. Sounds great – I’ll have some of that!

…but what should we expect?

The above shows that the sum of the outcomes will not add up to what we intended for the whole system…and, in fact, will have caused much unmeasured (and likely immeasurable) damage!

This is a good point to bring out Eli Goldratt’s classic quote:

“Tell me how you will measure me and I will tell [show*] you how I will behave.”

* I prefer to use the word ‘show’ since most people won’t tell you! They know their actions aren’t good for the overall system (they aren’t stupid) and so don’t like telling you what daft practices the management system has ended up creating.

“SMART doesn’t tell us how to determine what to measure, and it assumes knowledge – otherwise how do we know what is ‘achievable’ and ‘realistic’? It is only likely to promote the use of arbitrary measures that will sub-optimise the system.” (John Seddon)

If an individual (or ‘team’) is given a truly SMART objective then, by definition, it would have to have been set so that they could achieve it on their own….otherwise it would be unrealistic.

Therefore any interdependencies it has with the rest of the organisational system would have to have been removed…which, clearly, given the definition of a system means one of the following:

So where did the post title ‘D.U.M.B’ come from? Here’s a thought provoking quote from John Seddon:

“We should not allow a plausible acronym to fool us into believing that there is, within it, a reliable method.”

Does the fact that the acronym and its components ‘match’ make it any more worthy?

Cascaded personal objectives will either be ineffective, detrimental to the whole system or a lottery (outside of the person’s control) as to whether they can be achieved.

We need to move away from cascaded personal objectives and, instead: